PrestoKeys provides strong support in the area of assistance. The settings are split up into 3 categories: feedback, guidance and help. 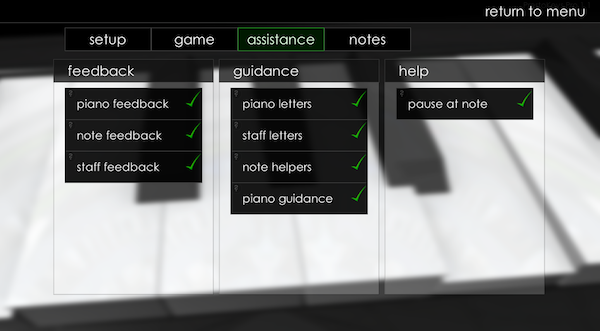 The feedback settings respond after you've played a note. As feedback only occurs if you play a note incorrectly, it can be enabled for whatever skill level you are at.

Piano Feedback flashes the correct piano key in red if you play the wrong one. For example, the image below shows the 'D' key being pressed but the correct not is 'C', so that key is shown as red. This is most effective when you are looking at the virtual keyboard. 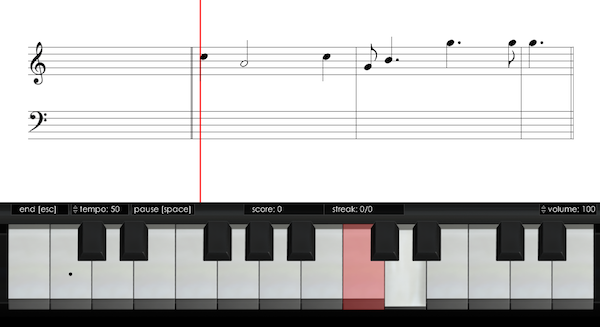 Note Feedback displays the correct letter of the note on the staff if you don't play it correctly. This feedback is most helpful as you would already be looking at the note.

Staff Feedback shows the location and letter of the note you played on the staff line. For example, the 'C' key is being played in the image below and the note is shown on the staff in green. This setting should be enabled at early stages of learning the staff in order to mentally map the piano keys to their corresponding position on the staff. 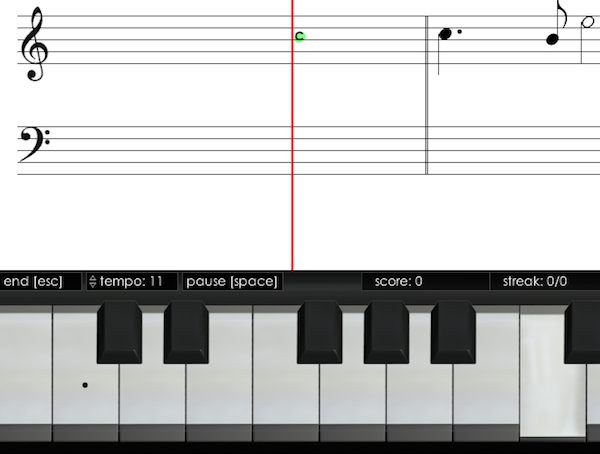 Guidance will assist you to play the correct note before you have any input. It is intended mainly for those who are not yet comfortable with seeing a note on the staff and playing its key on the piano. As a general rule of thumb, you should stop using these settings as soon as it is possible to do so.

Staff Letters displays the letter names for the lines and spaces on the staves. This assistance method is very effective in early stages of reading music as you are forced to see the letter name of each note in its proper position.

Note Helpers displays the letter name of the note as it approaches the red line in scroll mode or after a couple of seconds in still mode. This feature allows you some time to think of the note name before it is revealed so it.

Piano Guidance directly indicates which notes should be played at what time. This settings should be disabled if you are trying to learn to read music as you won't have to look at the staff at all. It is effective however, for when you would like to memorise a piece of music. 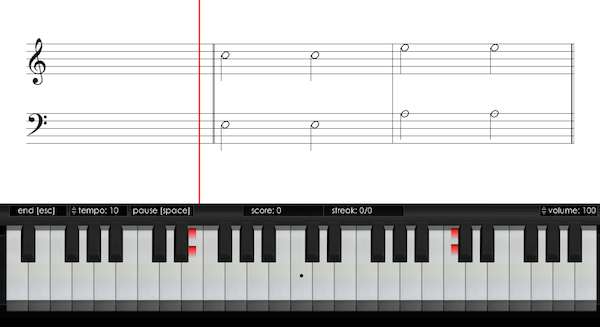 Pause at Note simply stops notes when they hit the red line. You will not be able to move on until you play the current notes correctly. This mode is intended to improve note accuracy but also reduces the pressure of playing notes on time.